Due to the success of previous projects, my client invested heavily in the development of pre-clinical PET systems to enable multi-modality imaging with their successful MRI machines. PET was an area relatively new to my client and me, but with a strong electronics team and physicists, many of the hurdles involved were short-lived. 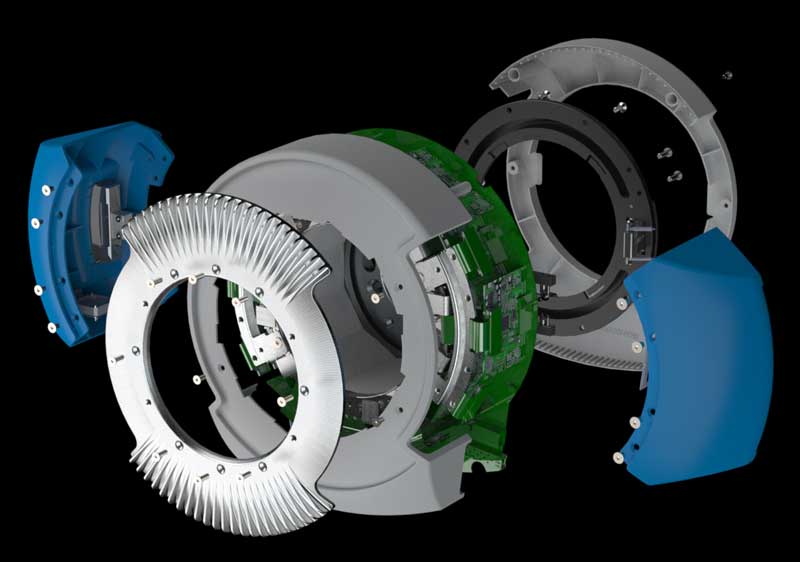 The first prototype provided adequate results during imaging and given these were better than my clients' competitors at the time, it was clear that there was scope to improve the system further. Over the years, several iterations of the PET system were developed requiring a lot of mechanical design input from myself and the assembly of working prototypes. 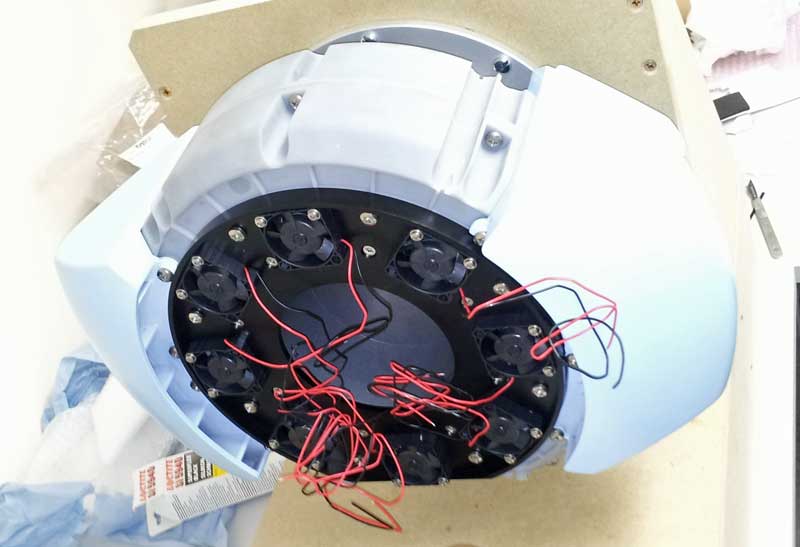 One of the most challenging parts of the design was positioning an array of high clarity crystals accurately enough to ensure the matrix aligned well enough with the sensor heads. The initial design proved to be very costly given the tolerances involved, and a better method was adopted that allowed for easier assembly and inspection. 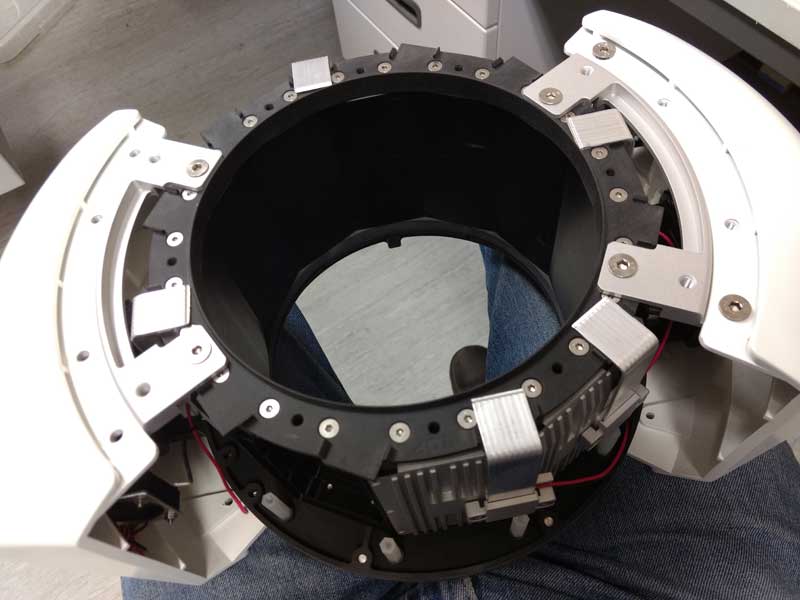 Cooling was another consideration in the design as the stability of the electronics required controlled temperature changes between various elements in the design. Fan cooling and Peltier devices were utilised to keep the unit as compact as possible.